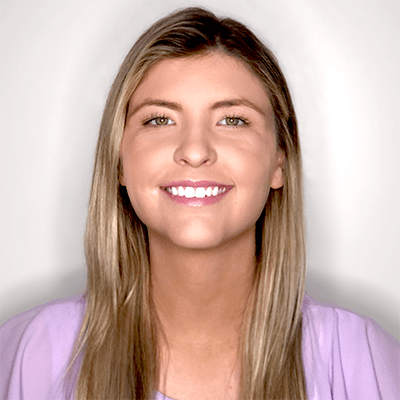 I am from Memphis, TN, and have lived here for most of my life, minus the two years I spent at school in Knoxville. Throughout college, I never knew what I wanted to do; I just knew I wanted to make a difference somehow. This company has given me the chance to do so, and I am so thankful for the opportunity to work with people as impressive as the team surrounding me. It is evident that every person at our company truly cares for and values our nurses, and I could not be more proud to be a part of it!

My little sister – She can make anything funny.

I would choose teleportation because I love to travel so it would save me some time and money.

If you could be any means of transportation, what would you be?

I would be a helicopter. Getting anywhere would be pretty easy! Maneuvering and landing all that would be easy anywhere you go.

Star Wars, but I have never seen Star Trek.

East Coast, though I would love to travel around the West Coast more.

What is your life’s theme song?

“Dream On” by Aerosmith

Probably a Birkenstock because they’re easy to put on and they go with anything.

Which of the Seven Natural Wonders of the World would you be?