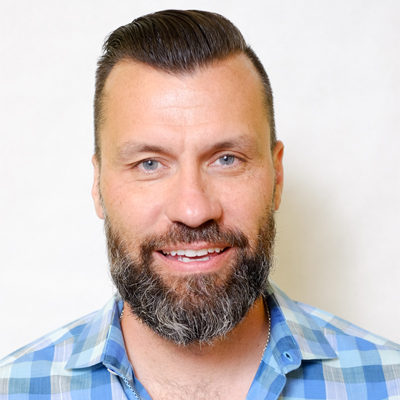 Originally from Tennessee, I currently live in beautiful South Florida. Like you, I am a registered nurse with a passion for helping those who need it most. Nursing was a second career for me, and I earned my BSN from the University of Memphis. In addition to my BSN, I have a bachelor’s degree in business. With my experience in both business and nursing, being a recruiter is the perfect fit. I am honored to have the opportunity to help you find your ideal nursing position and establish a long, fulfilling relationship with the No. 1-rated company in our business.

Personally, I travel throughout America playing competitive bridge. I served aboard a U.S. Navy aircraft carrier and have visited six of the earth’s seven continents. If it has anything to do with nursing and travel, I’m your man. Let’s get acquainted.

Willie Wonka 100%!! I mean who wouldn’t want to own a chocolate factory?

If you could be any type of transportation, what would you be?

Vampires. I always wanted to live in Transylvania.

For me, it’s Star Trek. Grew up watching Captain Kirk and Spock. But Star Wars would be a close 2nd.

“One Week” by Barenaked Ladies

Who is your dream animal travel companion?

If you were a character on Real Housewives, what would your intro tagline be?

Which of the Seven Natural Wonders of the World do you want to see?

Great Barrier Reef. I am a Pisces so I am drawn to the ocean.

1965 Plymouth Valiant and her name is Bessie (My first car)